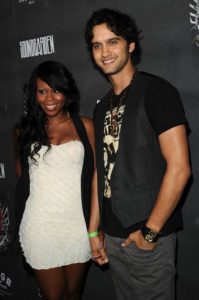 Interracial relationships are becoming more and more common in today’s melting pot society, but they are still far from over-defined. This means that things can get confusing and complicated along the way when dating outside your race. For a white guy dating a black woman, the bottom line is that it is just like any other relationship – it will have its ups and downs. However, the ups and downs are more complicated and the lines are more blurred.

Race and nationality shouldn’t be such an issue when dating. But it is. Welcome to society. So there are things that white guys need to keep in mind once they’ve won the affection of a black girl.

Number one thing for white guys to remember – dating a black woman doesn’t make them black as well. In fact, she’ll be embarrassed if you start pretending you’re black, so don’t. A big point in the whole thing that you’re not black is that you will never really understand the racial issues she’s faced. White guys need to take race with sensitivity.

Going off that point, it is really important that white guys acknowledge black racism. Black women aren’t stupid – they know they’re treated differently in society and especially have been in the past. For this reason, white guys need to be empathetic when dating a black girl. Never deny racism and always see it from her point of view – she has a much greater understanding of it than you!

See her, not her skin

Ok, she’s black. And sure, this may have been a big draw card in the initial attraction. But as the relationship progresses, you will start to see her who she is – beyond her skin colour. This is really important to focus and important to remind her of as well. She will feel much more appreciated when you compliment and acknowledge her for things that are beyond her physical appearance. In saying that, a few comments about how much you love her black body won’t hurt either!

As a white guy dating a black girl, you’ve joined her minority. She is a societal minority, and this is something that shouldn’t be ignored. White guys are actually least likely to marry outside their race, so welcome to the minority. Just enjoy being part of it with her.

White guys are, historically speaking, the most privileged race. This means that they haven’t had to deal with a lot of societal judgement. When dating a black girl, society is gong to have something different to say. People are going to stare at you in public and perhaps even give you disapproving looks for holding your black woman’s hand. Love may be blind, but society isn’t. You and your partner just have to find a way to deal with these judgements. And odds are, you’re going to be happy dating a black woman so you won’t really care at the end of the day.