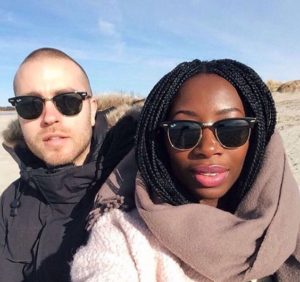 Why do black men love white women and find white women attractive?  Why do black women very often having roving eyes for white men or even Asians or Latinos?  What makes us motivated to seek out opposite race partners?

The answer is that it really depends on the individual.  Maybe you’re thinking that’s just the “safe answer” but the truth is, for every black man you mean that loves white women or big beautiful white women, there’s also a brother out there that simply prefers dating black women.  There are also white women who do not find African Americans attractive at all.  While there may be some statistical patterns here and there, you really don’t know for sure who’s attracted to until you ask.

Some people do really just go for the physical aspects.  Black men may be attracted to white women, older white women, young blondes or even chubby girls.  On the other hand, black women may just find white men, some military types or Latino heartthrobs very sexy.  Many Asians, Latinos and Anglos love black women, maybe because of their buxom chest and thicker butt.  Or it could be the color of their skin, the way they talk, or other aspects of their body shape.

And yes, it would be dishonest to say that nobody ever thinks of social taboos as dating motivation—as in bringing home a black lover to mom and dad just for the scandal, or even just to gain popularity among friends.  It happens but then again, some people really do fall in love with the person, maybe even the culture, the family ties, and so on.

One scientific study suggested that human beings may actually be instinctively drawn to different races for evolutionary purposes.  It has been observed that some white people tend to choose the faces of other races when they are surveyed as to whom they are attracted to.  For example, the study said that a higher number of white men chose Asian women as the most attractive faces, while a high number of white women chose black men.

The scientific theory is that for evolutionary reasons, we diversify our genes to stay alive longer and progress physically and mentally.  Of course this is not a scientific probability, at least not on an individual basis.  People are going to like who they like and their parents will just have to make peace with that.  Although it might please mom and dad to know that more often than not, grown children do tend to marry someone with similar characteristics (mentally, intellectually and sometimes physically) as their opposite sex parents.  Because, after all, we are all very similar to each other in thought and deed and race is just one of many peripheral differences.

The good news is that we live in a time of unparalleled freedom, where you can explore the attraction you have with persons of any race, ethnicity or culture.  Experiment and live!  You can get a little help with our new interracial dating app, which localizes your search and helps you find partners that meet your criteria.