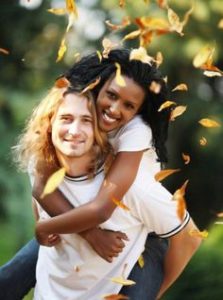 These days, one can’t help but notice how much interracial dating has grown to become popular amongst single men and ladies. People are no longer one directional in reasoning, unlike those years when engaging in any form of relationship with a different race is considered a taboo. Although most countries have come to an agreement that interracial relationship should be a part of human existence and individuals buying the idea, don’t be surprised that certain people still carry wrong thoughts and imaginations about interracial couples. The two major stereotypes associated with interracial dating include sex and social status.

Sex has and will always be a very hot topic when it comes to dating as a whole and the funny thing is that most people avoid discussing about it. In short, they pretend they don’t know what it means but deep down in their minds, they are nursing wrong thoughts – in that area – about couples of different races they see together. A typical example is when people see black men white women dating.  While a lot of people admires their union and hope that they keep the fire burning, another group of irrational thinking people will conclude that the White woman is after the Black man because Black men are known to be strong in bed. Or that the Black man went after the White woman because White women are known to be adventurous in bed. These are really wrong thoughts that are not expected of people in this modern world. If they have found true love with each other then let them enjoy themselves and try to build your reasoning around positive ideas rather than negative.

Social Status is another strong stereotype associated with interracial dating. You find two happy interracial couples driving off in their expensive SUV and you can’t help but conclude that the Black woman was only after making it up the social ladder. It’s possible they met on black women white men dating sites where one can’t instantly tell how financially buoyant the other is; and so they could be dating for about 6 months or even more before meeting each other live. In a scenario as this, they must have built a strong foundation for their relationship on love rather than material things. It’s just her luck that the man ended up being someone with an influential social status. What if on the other hand the man happened to be an average earner, I’m sure she’ll still be his lover as long as he can properly take care of her.
Conclusion

Please don’t get the whole motive of this article wrong. It is true that some people go into a relationship just because of sex or money but it is not up to you to decide why a particular person is dating someone in a different race especially since you’ve never met either of them before. One reason why you have to change your line of reasoning is the fact that no matter how much you continue to think in that line, interracial couples will continue being one of the most beautiful proof that love is truly blind.